The healing benefits of music are well studied and proven. 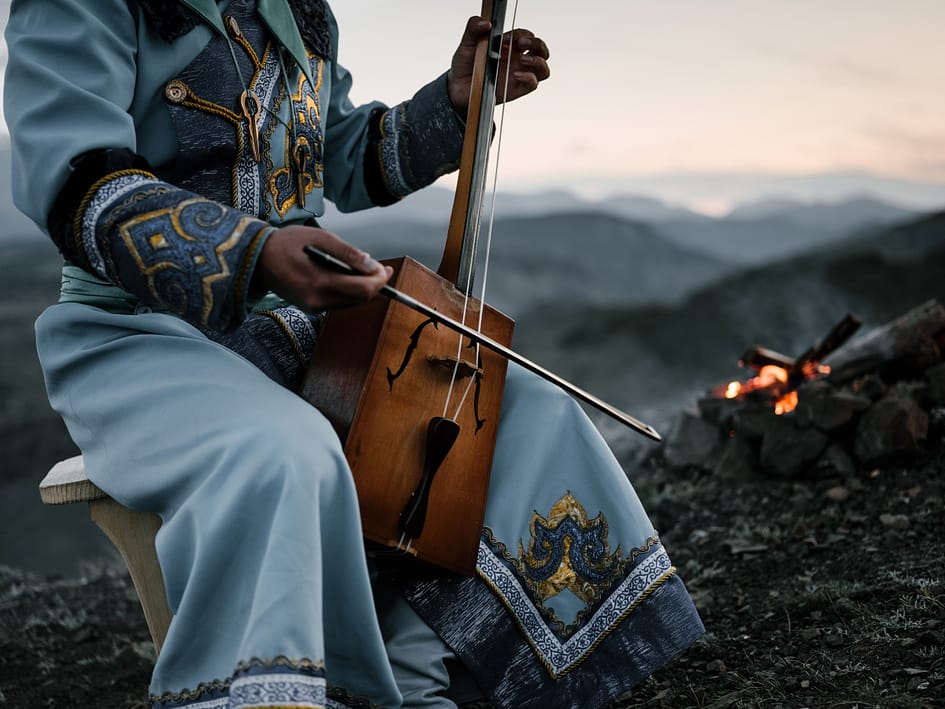 Music is known to have a very healing effect on the brain and finally on the body, especially in psychology. It helps with depression, anxiety, restlessness. When you listen to music, you feel more balanced, calm, creative, motivated, and energized.

Music is very much a part of therapy. Even playing an instrument is giving such peace. Singing and dancing open your mind. Of course, dancing is also a great tool to move your body.

A neurologist, Oliver Sacks, said in his book “Musicophilia: Tales of Music and the Brain” that music is essential to human beings. Music stimulates the brain. Listening to your favorite song can make you happy.

Music influences everything from your mood to memory.
The healing benefits of music are a powerful therapeutic tool for cancer patients and patients with Alzheimer’s and Dementia.

Healing Benefits of Music through Sound.

Sound is used in a lot of cultures for meditation. Music is sound! There are such different forms of music, and they have to do a lot with cultures. In Tibet, the monks use their voices to meditate. They use singing bowls and gongs. Of course, it is a spiritual meaning. 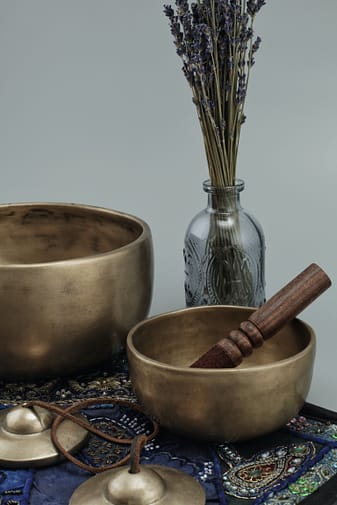 Healing starts when certain frequencies alter the brain. An abundance of research supports the healing properties of sound, including ultrasound and consciousness-altering audible sound.

This brainwave entrainment can so much influence a person’s quality of life. That is an immense success for depression, anxiety, etc.

The brain has nerve cells that fire electrical signals day and night, forming distinctive brainwave patterns. These patterns are closely connected to your thoughts, emotions, moods, biological chemistry, everything you do, and really, that you are.

The most beneficial brainwave states are alpha, theta, and delta waves response.

Beta Brainwaves measured 13-40 HZ are associated with Worry, Stress, Paranoia, Fear, Irritability, Moodiness, Anger, Weakened Health and Immune System, Fully awake, and Alertness, Nervousness, Depression, Anxiety. Many people spend most of their time in the Beta State, which is low frequency.
The other states are brought in contact with deep healing, creativity, motivation, deeply connected with yourself again, feeling yourself and your environment. feeling happy again, problem-solving, balanced hormones, and neurotransmitters. These are high frequencies.
That is a science by itself.

By using different sound frequencies, you can influence your brainwaves. For example, 528 HZ is for clarity and heals our DNA. it is a miracle tone or the love frequencies claimed to heal the DNA and cleanses people from many diseases and sicknesses. Healing impact is amplified through toning and meditation. People feel happier and calmer. It releases emotional blockages.

The ancient Greek physician, philosopher, and mathematician Pythagoras was convinced that frequencies had a healing effect on the body and that daily exposure to music was beneficial for human health. He was responsible for discovering the harmonic relationship between mathematical ratios and different musical cords. ( Pythagoras of Samos, ca 570-495 BC)

There are different instruments used for healing sound frequencies, especially in other cultures, because of religion. They are, of course, of spiritual meaning. Vibrational instruments such as singing bowls and gongs create ripple-like waves of vibrations meant to reset the consciousness. In sound frequency therapy, they use, for example, also windchimes, pan flutes, drums, and others.

A frequency of 40 Hz has been used in Alzheimer”s therapy to stimulate an increased neural response to fight dementia symptoms. They are linked to gamma brain waves.

The high or Solfeggio frequencies are a six-tone set of musical tones that date back to ancient times. They play a role in the harmonies of the Gregorian chants. The monks who sung them in harmony thought they induced specific blessings on those who listened to the music.

Solfeggio frequencies also include 396 HZ, 417 HZ, 528 HZ,639 HZ, 741 HZ, 852 HZ. They are linked to certain healing components. Native populations have used 528 Hz, which is the love frequency and is associated with blessings.  It has to do with the spiritual levels. This is to see in all religions; it doesn’t matter what kind of instrument they use.

In ancient and native communities, you see the connection with nature. Human beings are included in the circle of nature, physically, spiritually, and emotionally.
The way that sounds healing works depends on what frequencies are being used and what vibration or rhythm. This triggers genetic changes on the cellular level. These frequencies can damage the cellular walls of cancerous growths. This is called high-frequency sound therapy cancer treatments.

It has been shown to alter brain waves and promote lower stress levels and increase self-healing immunological response on a therapeutic level. The higher frequencies cause healing effects.
A normal, healthy body should resonate with the natural frequency of 65 – 75 M HZ. Exposed to higher frequencies, the human body is stimulated to heal itself.

What does vibration mean?

Vibration corresponds to emotions. Emotions such as anger, hatred, jealousy, guilt, paranoia lower our vibration. High vibration is connected to love, joy, and gratitude, leading to creativity and self-fulfillment.

Emotions are not wrong or right. To feel emotions is normal. We are emotional creatures. But to stay in certain emotions like anger, guilt, fear gives you stress, lower vibrations, and finally makes you ill. Condemning such emotions actually generates more fear, anger, guilt, grief. You keep staying in a low – vibrational state of being, and this changes your well-being.

Healing through the sound of Nature.

People have lost their roots. They don’t know that they all belong together and that they belong to God’s creation. Researchers know that the sounds of Nature heal people. They bring peace and quietness to them. Many Cds are on the market with the sound of rain or birds singing, or a waterfall. Sometimes the waves coming to the beach, or whales communicating with the others, or wind in leaves. These sounds can affect heart rate and alter connections in the brain.

It has such a restorative effect on our psyche. According to researchers, they physically alter the connections in our brain, reducing our body’s natural fight-or-flight instinct. It reduces the stress response.

They found out that listening to natural sounds prompted more external-focused attention. Nature sounds were associated with a decrease in the body’s sympathetic response, responsible for the fight-or-flight behavior. An increase in parasympathetic response helps the body relax and function in normal circumstances.

It depends on where you are coming from and what nature sounds you are used to. If you are familiar with, for example, rainforest noises, you will feel more settled than a person who is not used to the rainforest. It can make this person feel anxious. This is very interesting.

The healing benefits of music show an effect on the brain and body. In all centuries, people used to play instruments or use their voices to bring peace and well-being to all cultures and religions.

People connect spiritually with God and themselves by playing music, singing, dancing, and listening to music. To praise God in worship brings people close to God, and emotions like love and joy will bring healing and peace.
Researchers found out which effect music and the connected frequencies have on the brain, how these frequencies can alter the brainwaves, and give illness or harmony, healing, and peace.

Also, it depends on our emotions. If we cling to certain low-frequented emotions, we will become ill or healthy. Emotions have low or high frequencies, which are going to influence the brain.
Music is a tool to express yourself, so does dancing. It is used in therapy to heal people from depression and fear, with much success. This is called music therapy and is recognized by doctors and therapists.

Please let me know what you think about this topic? Do you have experiences made with music healing your body?

8 thoughts on “The Healing Benefits of Music- Listen up”