This article is based on different alternative sources( news and experts), as well as my own opinion. Please, do your own research, and form your own opinion!

Do you remember the shout in 1989 coming from Polen and the Baltic countries? Solidarnosc! Solidarity! I remember very well! In Germany, we have shouted with the Polish people and the other communistic countries imprisoned by the regime of the Soviet Union.

There has been a freedom movement starting in Polen, and all young people who have been following this and have been politically interested have shouted with them. Solidarnosc!

What Does Solidarnosc mean?

In 1980 the first independent trade union was founded at the Lenin Shipyard in Gdansk, Poland, in a Warsaw Pact. The leader of the trade union was the well-known Lech Walesa, who received the Nobel Peace Award. In 1981 the number of members had grown up to 10 Million, a third of the working population at this time.

In the 1980s, Solidarnosc was a broad anti-bureaucratic social movement, using methods of civil resistance to advance the causes of workers’ rights and social change. The Polish Government attempted in the early 1980s to destroy the union through the imposition of martial law in Poland, and the use of political repression failed.

Financially supported by the Vatican and the United States, the union has operated underground and survived. Other communistic countries put pressure on the governments too.  In 1989 the three Baltic countries formed a human chain that went through all the three countries in solidarity.

At the end of the 1980s, the union had entered into negotiations with the Polish government. It led to an agreement for the 1989 legislative elections, the first pluralistic election since 1947 in Poland. A solidarity-led coalition government was formed, and Lech Walesa was the elected president of Poland in December 1990. The Baltic countries followed the example and connected in solidarity. 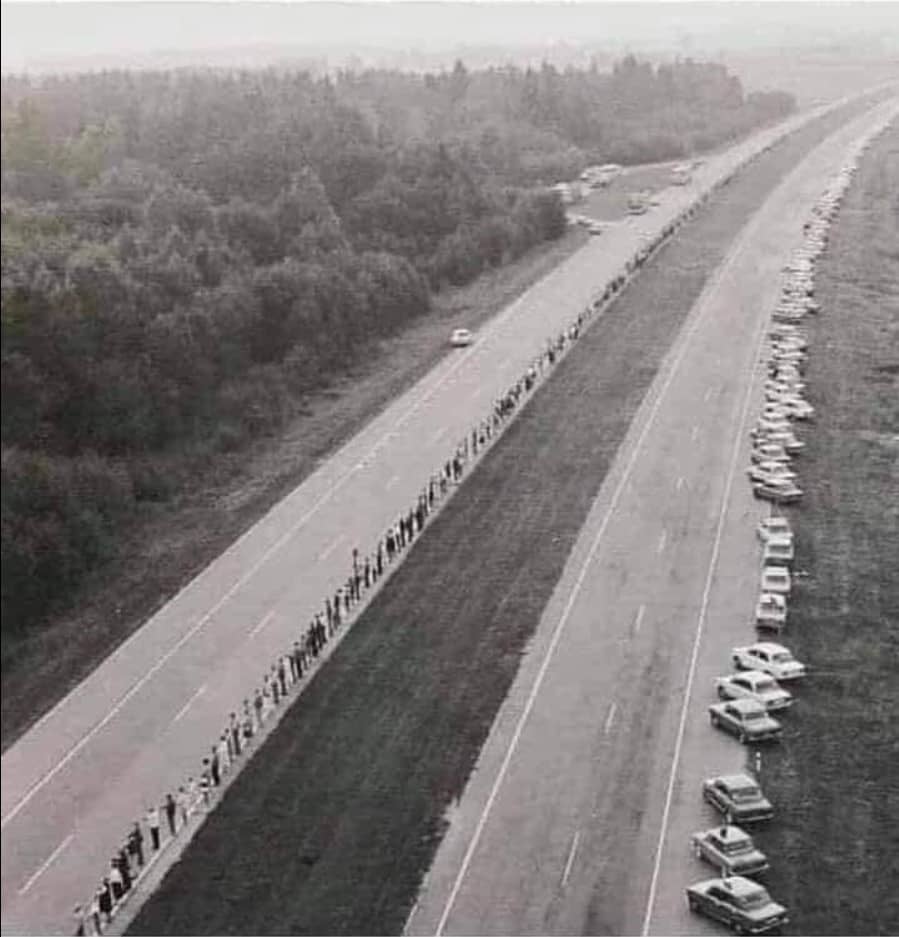 On August 23, 1989, about 2 million people from Latvia, Estonia, and Lithuania formed a human chain that united all 3 countries to show the world their desire to escape the Soviet Union and the communism that brought only suffering and poverty. This power stretched 600 km. ( Mellisa Lynn Muritala) Beautiful!!!

What Has Solidarnosc to Do With Today’s Situation?

If we want to prevent a socialistic totalitarian, global government from developing in this world, we need to be in solidarity with each other. 1989 has been about the rights for the working class and the freedom of countries, but now it is about the freedom of protecting your body from receiving harmful substances.

Vaccination should always be a personal decision, especially if the vaccine is untested and has already killed and injured many people. There are so many real doctors and experts in this area who are warning us and have tried to contact the governments about these vaccines but have been muted, threatened, and rejected.

The government shouldn’t be in authority to authorize an untested vaccine. However, the powers are very unequivocally trying to hide the damage these vaccines are causing. Covid 19 was only a simple reason to get the Build Back Better and the Great Reset rolling. That people are dying, massive, caused by the vaccination, is for these politicians, organizations, and the Davos clique no problem, as long they and their families are not among the dead. They have only empathy for themselves.

In many countries, unvaccinated people are not allowed to enter public places, leading to a division in society; the same has happened to the Jews in Nazi Germany. I am not surprised; the tactic behind this plan is taken from the Nazis who Rockefeller and the British military saved at the end of World War II. It is said that they helped Hitler to escape burning Berlin!

To mute truth-speaking parliament members, doctors, scientists, these presidents, and ministers play big drama, trying to distract the public from their real plans. The powers behind these plans are still following the Nazi ideology. People need to wake up, building a front together in solidarity and stopping the governments.

According to the lawyer Dr. Reiner Fuellmich and Pfizer’s Vice-president Michael Yeadon, it is about the Great Reset, and the mass vaccination is about genocide, eliminating as many people worldwide as they can.

Watch this video about the update of Dr. Reiner Fuellmich, lawyer, filing the court case “Nuremberg 2”.

How to Practise Solidarity?

Very easy! Come together and keep together in solidarity! You know, in 1989, when Lech Walesa stood up for the working class,  we had no social media, no possibility to connect; we connected. Today, we have far more possibilities to connect faster because we have social media. Even they are censoring true posts threatening their plans, we can use social media as a medium to connect.

We can use it!

But be aware of the powers behind social media! Please don’t allow them to block the way we communicate with each other. If the internet is not shut down yet, let’s connect for freedom; freedom of opinion, freedom of your right to decide what is coming into your body, for the human rights!

If you want to get “Vaccinated,” please do!  But don’t push others! Everybody has the right to decide if they want to get an experimental jab to their bodies. And believe me, people, who are investigating, listening to censored news WILL NOT get the jabs! Because they hear the truth! These vaccines are dangerous, killing you!

I believe that about 50 % have received the placebo and a vaccine passport because there has been evidence from different countries that people received placebos.  Can you imagine? What a game they play? Don’t get booster shots if you don’t feel anything without any symptoms because you have escaped the deadly dance by receiving the placebo.

Be thankful, and go on with your life! Don’t push others to receive the real jabs that will kill them or leave them disabled. Pfizer has already admitted that they have given about 50% of their human guinea pigs the placebo. Praise the Lord Jesus!

If we observe the situation in other countries, French people are not visiting cultural events and restaurants because they keep together in solidarity. They will sit together in front of the restaurants for a picnic, unvaccinated and vaccinated in solidarity!  Let us do the same wherever we live! We are one planet, one people!

There are already so many vaccinated people who regretted taking the jabs. Dr. Zelenko has given hope to these people with his protocol!

Being in solidarity like the French people is a good development preventing the globalists from succeeding.

Let’s connect in solidarity with our family, friends, and neighbors, with the world! Solidarnosc!!!!

This word has brought so much movement.

We still are the population, now the world’s population that needs to stay together against exploitation, against the corrupt governments, against the criminals who want the population to decrease about 90%, and they are very far on their way! These evil people have a Nazi mind! They are psychopaths who do not empathize with other people other than their own family and like-minded people. For them, it is about money and power!

We as the population need to say “Stop” to them! Klaus Schwab said already there is even worse to come, worse than this Covid pandemic! I tell you what they have in mind for us, and I am not a conspiracy theorist. Still, it will be a complete breakdown of the power grid, the internet, the food supply manipulated by climate catastrophes,  more bioweapons, and they will cut you off your finances. But we can prevent this from happening by developing our own system, starving them of their finances and power.

Why do you think that they are reacting so aggressively to so-called false information? They want you to sleep and not to know!

But one morning, you will wake up with no money, no food, no energy!

These people are not elected! You don’t want your children living in a socialistic communistic world without freedom! Let us be in solidarity against the dictatorship and get them down from their self-made throne.

I believe we still can turn history, but we have to do it together. If you don’t believe me, please do your research and come back to me. Anyway, I love to hear your opinion. Many people turn their faces, don’t want to know the reality!  But we need to unite in solidarity, fighting for democracy, fighting for a better future for our children. Stop with overconsuming, stop with polluting! Help the planet to heal! Help the world to heal! Help the people to heal! 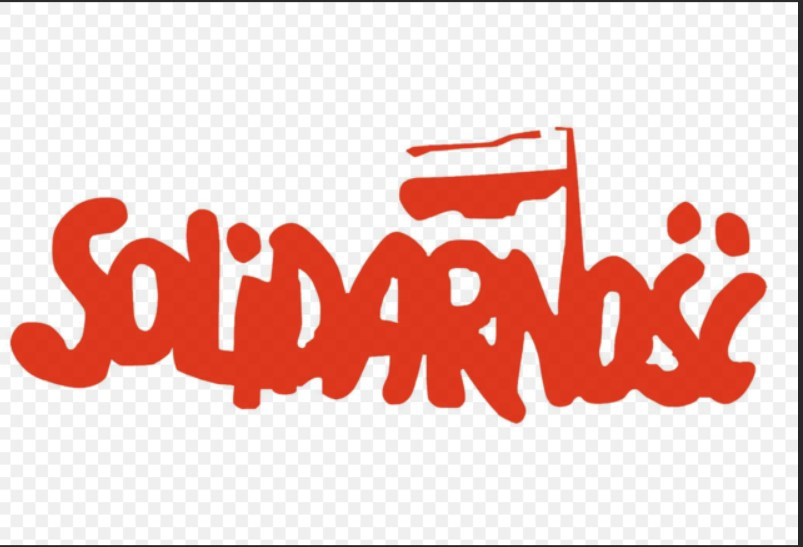 2 thoughts on “Solidarnosc- Do You Remember?”