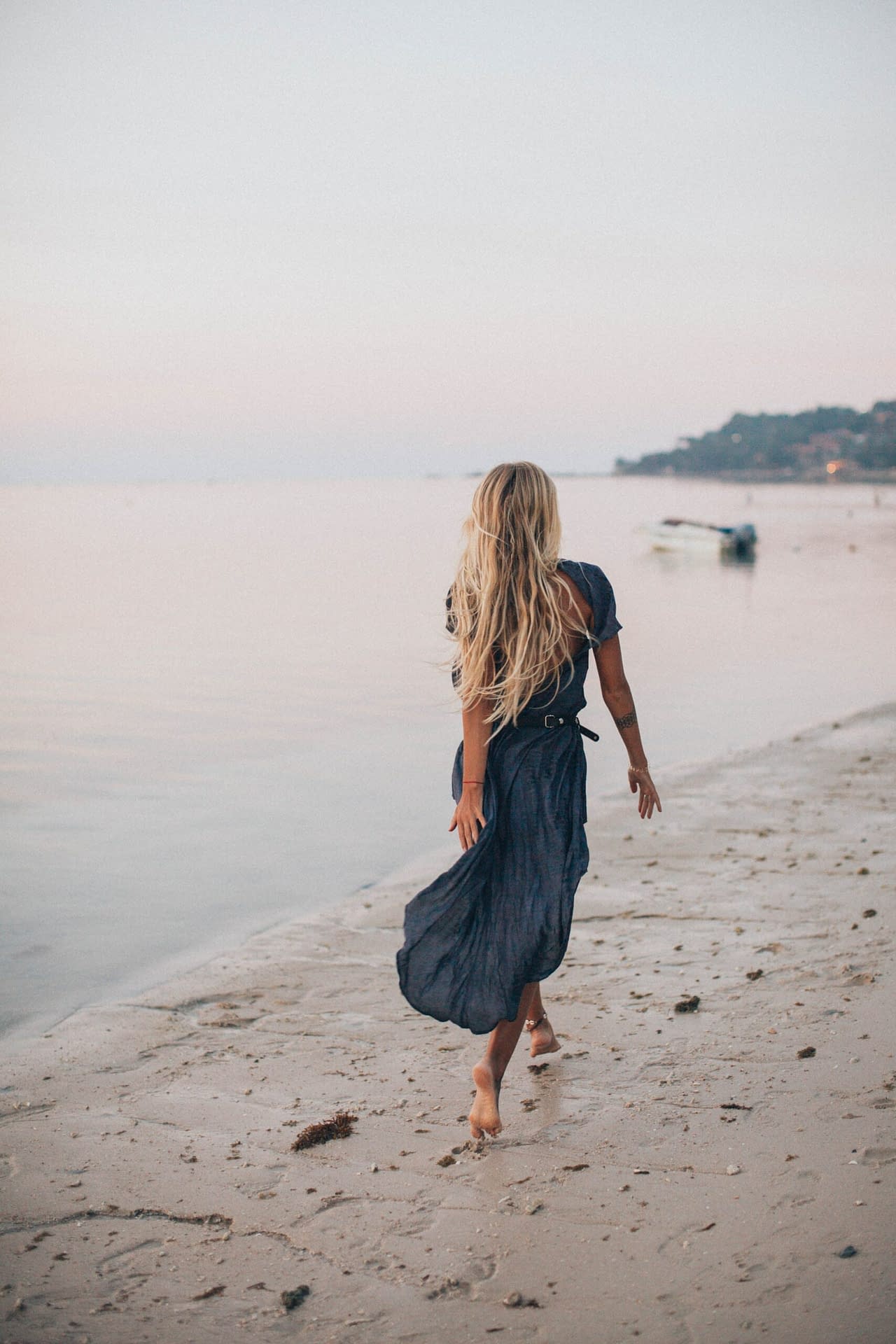 How safe is the vaccination? Did you ever ask yourself this question, or did you follow the crowd? Maybe you don’t like me to ask you this question, but it is your body. Do you not want to know what you are injecting into your body?

Health authorities like our medical watchdogs, the WHO, and governments don’t tell you the truth. There have been so many people worldwide who have died or are being irreparably injured due to the mRNA vaccines and other vaccines over the decades. Doctors see the connection between the vaccines children receive in their first years and the rise of autism and many other social behavior disturbances and physical damage.

According to our governments, the numbers of Covid deaths and injuries are low! They manipulate the numbers and publish wrong statistics.

But why are they publishing wrong numbers and still proclaiming that these mRNA vaccines are safe?

But the government knows better! They have been informed by an organization that works for seriously injured people and the families who have lost their beloved ones due to the vaccines. An alarming number of affected people seek help nearly daily from this organization called ” BPOC2020″( Buitenparlamentaire onderzoekscommissie2020) in the Netherlands.

However, the government still proclaims safety and tries to seduce children into receiving the jabs. Why is that? I would like to know! You know that other countries have mandated the vaccines for health staff, military, and governmental administration. There have been many demonstrations in France, Italy, Germany, Great Britain, and America, etc.

According to many doctors, this is an illegal act. The FDA has approved Pfizer even though so many contrary voices have warned them and told them that the vaccines are not safe. Pfizer has revised its factsheet,  adjusting its lies. This pharmaceutical company has not listed the real serious symptoms and the many deaths on its factsheet but only mentions mild symptoms like local pain in your muscle where you have received the jab or headache. However, they have added Myo- and Pericarditis to their list. But serious injury or death is a rare momentum according to Pfizer.

Would you allow these ingredients into your body? I certainly wouldn’t!

The vaccine that is approved is called Cormirnaty, not the BioNTech vaccine.

FDA has approved a vaccine against a virus that has never been isolated, so why should people need a vaccine? The FDA is committing crimes and even murder, according to Dr. Jane Ruby. They have approved a vaccine that causes more damage than safety. The voices of injured people are being muted so that the public is not even getting a chance to hear the truth. If they have the same formula, you can bet that they made a financial deal.

But how do they want to give out vaccination passports? Ridiculous! I am lining up for the saline solution to receive the passport!;)

If you have received a placebo and feel well, please, don’t push other people to receive a vaccine playing Russian roulette! They could get the real vaccine and die or end up being handicapped.

What Is Going On In The World?

Following the mainstream media and believing a prime minister who is often caught lying does not benefit anyone! It”s becoming more difficult to believe our governments, and people should be very aware of whose slaves our politicians are.

Some members of parliament are honest and try their best to provoke dishonest ministers. Presidents have been trying to protect their population from vaccination, like Burundi, Haiti, and Tanzania. They have been killed! Of course, fact-checkers are saying it differently, but Bill Gates owns them. I don’t believe in the suicide of many people who have tried to warn the world population of Big Mafia’s business model. You find many websites that state that these presidents are not killed because they rejected the vaccines.

I am not a conspiracy theorist; I have never been. I believe in Jesus Christ and His Word.

If you know that the world economic forum and especially its leader Professor Klaus Schwab is trying to push his vision on us, of course, excluding himself and his family, would you believe it?

Please, watch the videos and make up your mind!

In my eyes, it is a rally about big money where the so-called elite is participating in this race, and we as the common people are just meaning nothing to them but have to participate in their games. That might be actually all, but it means a lot!

Normally, you have fictitious teammates in an online game. Still, now we are the ones to be exploited, controlled, and manipulated because some humans think they are superior, racing for the first place in their game. They try to create huge profits offering our lives.

When you think that the patents for the vaccines have already been given to Pfizer years ago, and the pandemic scenario had already been a topic some years ago, you know that we are manipulated and controlled for their profit. Big Pharma is now trying to earn huge money by vaccinating the whole world population and producing booster shots every year, as it did with other vaccines, including the seasonal flu shots.

It is all about money and power!

While most people are trying to survive every day, Big Mafia has so much money that they only face competition in their little group, not even 5% of the world’s population, but they all want to be the first. That is humankind since Adam and Eve have fallen out of paradise, greedy, power-hungry, and having no empathy, not even for their own flesh and blood. Why do I say that? Because if you love your family and friends, you try to leave the planet behind you as God has created it.

Bill Gates is busy with all kinds of genetically modified plants and insects that corrupt the original creation. Devastating! Who is allowing such dangerous nonsense? Follow the money! His desire now is to darken the sun! Nobody asks the world’s population that have to live with the results coming from these experiments. Gates has the money, and the Earth, as well as the fellow humans, have become his playground. Dangerous development!

So, You and I are just numbers to earn the “elite” big money or die; they don’t care!

There is always an opposition! Thank God! In the Netherlands, the FVD, called Forum voor Democratie, is fighting for our rights and has the courage to oppose the ministers. It is essential to support these parties, for our future, and mainly our children’s future, that they will have a healthy and free future.

In Australia,  violence against peaceful demonstrators seems normal in these lockdowns in the wintertime. A politician George Christensen is demanding to cancel all restrictions in Australia. It would be a great time if all politicians would think as he does and stand up for our freedom! He is fed up with the lies and fear-mongering of his parliament.

Australian politician with the balls to tell it exactly how it is. Standing up to tyranny …..#AustraliaHasFallen pic.twitter.com/e3GXjgqSb8

In the Netherlands, there are certainly great members of the parliament who are against the restrictions and see very well what is going on, like Thierry Beaudet, Gideon van Meijeren, Wybren van Haga, and others. The most important is that they speak the truth without being afraid, fighting for a better future for our children!

Also, in the United States of America, there is quite a resistance from the parliament, showing that people are fed up with the lies, like Senator Rand Paul, who confronts Anthony Fauci for his lies and crimes.  In this video, he calls us to resist the Covid restrictions! Please, watch! Thank God for all these people around the world!

Also, an internal committee consists of a large group of lawyers, doctors, and scientists who are preparing many courts cases globally.

Doctors Against The Vaccination

The real expert is Dr. Robert Malone, the founder of the mRNA method. He warned humankind from the beginning of the first wave last year not to take any jab because he knows how deadly they are. But he has been censored, and his reputation has been destroyed because he opposed Big Mafia’s plans of making huge money with his honesty.

They have been trying to mute every expert’s voice that tried to tell the truth. They have no empathy at all. All they can think about is money, money, money! We have to end the giving out of patents that corrupt the hearts. Stopping the source for Big Pharma to earn huge money will prevent a massive number of people from dying.

Dr. Robert Malone, Dr. Sean Brooks, Professor Dolores Cahill, Professor Sucharit Bhakdi, and the former vice president of Pfizer, Michael Yeadon, have warned from the very beginning that all vaccinated people who have received the jab, not the placebo, will die! This is shocking! They are a spike-protein building factory! This protein is toxic and makes a blood clot-building factory of the people. What a horrible thought! The vaccinated people will not survive due to the cytokine storm resulting from the building of the toxic spike protein.

However, 50 % of all Pfizer-vaccinated people who have received a placebo, which means a saline solution that is not deadly, have received a passport, or are obliged to receive a passport!  These people can thank God they were protected in this Russian roulette game and better keep quiet instead of pushing others to get vaccinated.

But there is hope for the vaccinated people, according to Dr. Vlademir Zelenko. Read on to learn more! Don’t panic when you watch the video below!

Read on and learn what you could do when you experience symptoms. There is still hope!

How safe is the vaccination? If you follow the animal trials, you will find that all animals have died due to the cytokine storm. An alarm bell should ring in your head if you follow the studies. There are so many experts warning that you certainly shouldn’t get the vaccination. Dr. Sean Brooks says it is very harsh that many children will become orphans because their parents have received the vaccination. It is shocking, but the truth, according to the experts. Dr. Robert Malone, the founder of the mRNA method, is convinced that these vaccinations are DEADLY!

If you have received the jabs, don’t get any booster shots! And directly follow Dr. Vlademir Zelenko’s protocol. He says that there is hope, keeping away the cytokine storm by strengthening your immune system, taking Ivermectine, Hydrocholoquine, and zinc, Vitamin D3, C, and selenium, as well omega 3 fatty acids.

If you can’t purchase this in America or wherever you live, you can still buy it in Europe. Let me know if I can help you!

I will close with another hope-bringing lawyer who has formed a case against the American government. Please watch the video! It certainly is a worse situation, but many people are fighting for our healthy and free future.

2 thoughts on “How Safe is the Vaccination? The Facts”